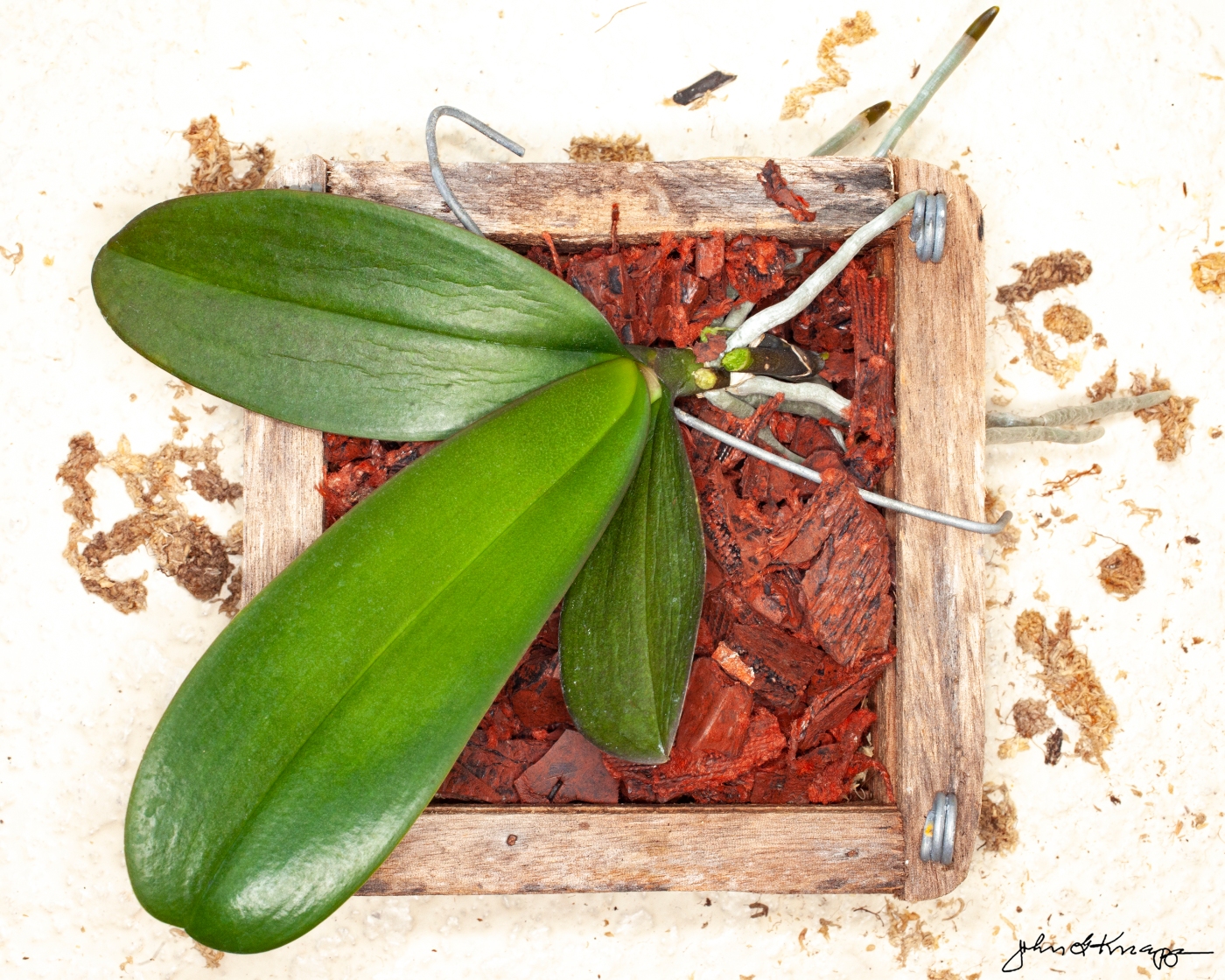 The orchids have been very prolific in flower production during the growing season this year. I believe that this was the result of a dedicated automated watering system, consistent generous fertilization, control of direct sunlight and pest control. In addition to the production of flowers, the leaves, air roots and stems have multiplied. This has put some of the plants outside of their designated boxes. The air roots have attached to their boxes, trellis and the wall of the house. The stems have extended themselves into the walking space and often times the blossoms overgrow one another obstructing the view. To bring some order into the orchid garden I tried something new. There are many choices to propagate plants including germination of seeds, plant division and budding/grafting. In this instance I have started two new plants by division. Below is a photo record of the process I followed.

Example two demonstrates a cattleya orchid. The growth has a clearly defined section with air roots and three leafs at the base of the plant. This area of the Cattleya is relatively new and had a well defined stem. Using a razor blade I sectioned through the stem and removed the segment.

Both new plant segments were placed into appropriately sized boxes with some of the air roots protruding through the wooden slats and gently fastened to the sides of the box for stability. The base of the box was lined with Sphagnum moss and the remainder filled with shredded rubber mulch for stability and appearance. I have found that the rubber mulch retains some moisture but does not decay. This also reduces the possibility of mould and insect growth.

The new specimens were replaced into the orchid garden and will be treated in the usual routine. In time we can check the viability and growth of these new cuttings. If successful, they may provide new blossoms for the next growing season. I feel that the new plants are a return on investment for the good care provided to the orchids.

I thought that you may be interested in this